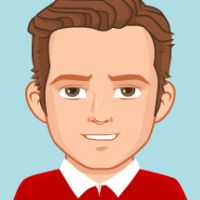 Jack Wallen over at TechRepublic has a new though provoking article out about why Microsoft should replace it’s Windows core with Linux. Basically, the argument goes that if Microsoft is intent on making open source a priority and investing in Windows Subsystem for Linux (WSL), why not go all in and move Windows over to the Linux Kernel? After all, that would unify their cloud strategy, desktop strategy, development strategy, and server strategy around one software stack.

While I think this makes a lot of sense from a IT and infrastructure perspective, it may not be all that easy in practicality. The investment Microsoft has in the Windows Kernel, between desktop and servers, is significant and runs deep. To simply throw that investment away and move to the Linux kernel requires there to be a serious ROI to overcome the decades of sunk cost if that were to happen.

There is an issue of control and the fact that Microsoft likely finds it nice to have complete control over the operating environment. Control allows Microsoft to build complimentary software that is essentially guaranteed to work exactly they way they want it to when running on their OS. Moving to the Linux kernel along with an open source desktop environment on top of it means now Microsoft has to play in the sandbox with many others. Some changes may not be in their best interest as development on these projects continue. Since Microsoft would not have direct control of the project, it won’t be up to them whether or not changes are approved.

Lastly, I continue to take issue with this notion that Linux is somehow the magic security pill that all end-users and organizations need running on their desktops. The reality is that Linux is really no more secure than Windows and an article on Tech Radar by Darren Allan pointed out earlier in 2020. Linux is perceived to be more secure because it is still not widely used outside of IT departments, academic institutions, and software developers. Find me a significant number of people that work outside of a technical field that are running Linux on their desktop then maybe I will change my tune.

Imagine of an additional billion plus devices all started running the Linux kernel. Do you think malware and ransomware authors might take more interest in attacking the operating system? If Microsoft were to create “Microsoft Linux” this is exactly what would happen and the notion of Linux is so secure would start to fall out of favor. All it would prove is that the idea of Linux being more secure was born in a bygone era. An era before Windows had a fully developed file system permissions structure and the ability to restrict certain operations to privileged users.

So while I love the idea of Microsoft moving all of their software and servers to Linux, it just doesn’t seem likely. I think they are very happy developing and integrating the WSL into their current Windows software stack. This let’s them and their customers do whatever they would like in Linux while Microsoft retains control of the core components of the OS. Microsoft can say they love open source software and contribute to the projects they like while not ceding any control of their OS to other developers.

Maybe some day there we will complete harmony among all operating systems. So long as there is a financial incentive to maintain the separately it won’t happen. I also don’t think Microsoft is at a point where they are willing to give control of the kernel and desktop environment to anyone. At that point they might as well keep developing what they have now. Forking the projects means Microsoft will be doing just as much work to maintain the functionality as they are now.